While the solution may not lie in recreating Ross’s glow-in-the-dark grin from Friends, newer innovations make achieving that bright, natural-looking smile easier than ever—no blacklight required.

Past Tense
In 2005, “there were whitening centers called ‘Bright Smile centers,’” says New York cosmetic dentist Michael Apa, DDS, describing them as bleaching centers that offered a spa-like experience for teeth whitening. “However, the downside was that there was no dentist supervision, so visitors would sit in the whitening chair for an hour with direct heat on their teeth, which caused an immense amount of sensitivity. Although this process failed, it taught us how to accurately and safely bleach the teeth today, as well as make room for some major updates in the industry.”

According to Atlanta cosmetic dentist Ronald Goldstein, DDS, teeth whitening isn’t as new of an invention as we thought.

1799: Calcium hypochlorite, otherwise known as calcium of lime, was invented by Scottish chemist Charles Macintosh and used as a tooth-bleaching powder.

1884: Physician A.W. Harlan, MD was the first to use hydrogen peroxide to whiten the teeth.

1918: Wallace Abbott, founder of Abbott Laboratories, discovered a high-intensity light that caused a rise in the temperature of the hydrogen peroxide, accelerating chemical tooth bleaching.

1989: In 1989, Rembrandt marketed the first whitening toothpaste. This was also the year that dentist Theodore P. Croll, DDS invented the microdermabrasion technique, which involved using a combination of 10-percent hydrochloric acid and pumice stone in a paste to slough enamel and stains off the surface of the teeth.

1994: The American Dental Association established that tooth bleaching is safe and efficacious.

1996: The FDA approved the use of CO2 lasers for teeth whitening with patented chemicals.

Out With the Old

Whitening Strips
Whitening strips are still widely used for at-home teeth whitening: “For patients with healthy teeth and gums, whitening strips are convenient and cost-effective for brightening the teeth, whether they’re from a store or dispensed by a dentist,” says Beverly Hills, CA cosmetic dentist Katherine Ahn Wallace, DDS. “However, if the patient has sensitive teeth or is having issues with the strips, it’s important to visit a dentist, as we are highly trained to customize whitening care for each individual. Oftentimes, I recommend the Opalescence at-home whitening system when my patients come in with complaints about other methods.”

Crest has sold more than 7 million units of its teeth-whiteners in the past year, and its newest invention “makes teeth-whitening even easier,” says Paul Sagel, P&G research fellow and inventor of Crest 3D Whitestrips. “Whitestrips work best for occasion-based events, but the new Crest Whitening Emulsions—our first-ever leave-on treatment—makes whitening more suitable for everyday life. It contains five times more active hydrogen peroxide than other whitening gels, it’s undetectable on the teeth, it applies in seconds, and there is virtually no sensitivity.

UV Light
In a 2009 study conducted by the Royal Society of Chemistry, scientists found that UV light treatment gives absolutely no benefit over bleaching without light. The study also reports that ultraviolet light can damage the eyes and skin four times as much as sunbathing when in close proximity to the face. Since these findings, many brands have created at-home whitening devices that use LED light to “enhance” the hydrogen peroxide gel, but experts we spoke to say it’s not actually effective.

“The light therapy we’re seeing today is usually administered alongside a hydrogen peroxide formula, which often has a very strong dehydrating agent in it,” says Dr. Apa. “When you put the light on top of it, it’s actually dehydrating your teeth so they look frosty-white within minutes, but as soon as they become rehydrated, which takes about 12 to 24 hours, they’ll look the same again.”

Sarasota, FL cosmetic dentist Jenifer C. Back, DMD adds that “light therapy can also overheat the teeth and increase discomfort after whitening.” However, some studies show in-office light therapy in the form of lasering is clinically proven to be more effective.

At-Home Tip
Although whitening can be done on a self-care day, it’s crucial to make sure you’re choosing safe at-home treatments. “It’s important to consult your dentist prior to starting the at-home whitening process to avoid complications,” says Chicago cosmetic dentist Nathan Hoffman, DDS. Dr. Back has some solid guidelines for those who should stray away: “If you have sensitive teeth, dark crowns or fillings, you are generally not the best candidate.”

In With the New

Laser Teeth Whitening
Unlike the LED light that can come alongside an at-home bleaching tray, in-office laser light therapy offers long-lasting results. A 2017 study published in the Journal of Clinical and Experimental Dentistry revealed that diode lasers (which are much more advanced than when they first debuted in the ‘90s) with high wavelengths are more efficient than other bleaching techniques. Rockville, MD cosmetic dentist Joe Kravitz, DDS says, “Improving various organic wavelengths of light can safely make the teeth brighter while reducing the chance of sensitivity.”

This differs from at-home LED light therapy because the diode lasers are not concurrently used with bleaching trays. Dr. Apa likes to use accelerated LED light technology like Zoom Blue to jump-start bleaching treatments rather than using the two simultaneously. “The laser alone can improve a patient’s smile up to 11 shades brighter in just three 15-minute sessions,” adds Dr. Kravitz.

Medicated Gel
Sensitive teeth are a large concern for many patients, but Dr. Hoffman says the invention of medicated gels has introduced a whole new range of people to the world of whitening. “We use medicated gels before and immediately after in-office whitening treatments,” he says. “Patients love it because they get to enjoy the results without the discomfort.” Dr. Back also praises this innovation in her practice, saying “additives such as potassium nitrate can help treat and prevent sensitivity during the process. Also, GLUMA—an aqueous solution containing 5-percent glutaraldehyde and 35-percent hydroxyethyl methacrylate—can be applied right after whitening to stop sensitivity. This makes the process much more comfortable,” she says.

Veneers
While in-office teeth whitening is undoubtedly a popular request, Dr. Ahn says patients with sensitive teeth are typically concerned about pain and effectiveness of the whitening treatment, and want a more permanent solution. “Porcelain veneers are a form of whitening that offer long-lasting results without any downtime,” she explains. “Not only do they whiten and brighten, but they also improve the shape of your teeth and smile.” However, a potential downside to veneers is that once they’re bonded to the teeth, they can’t be removed, so bleaching is more conservative.

The Whitening Diet
Dr. Hoffman explains that avoiding smoking, as well as foods or beverages like coffee and wine that stain easily, is crucial for long-lasting results. “We understand it’s difficult to give up coffee, so just plan on touching up your whitening more frequently,” he adds. 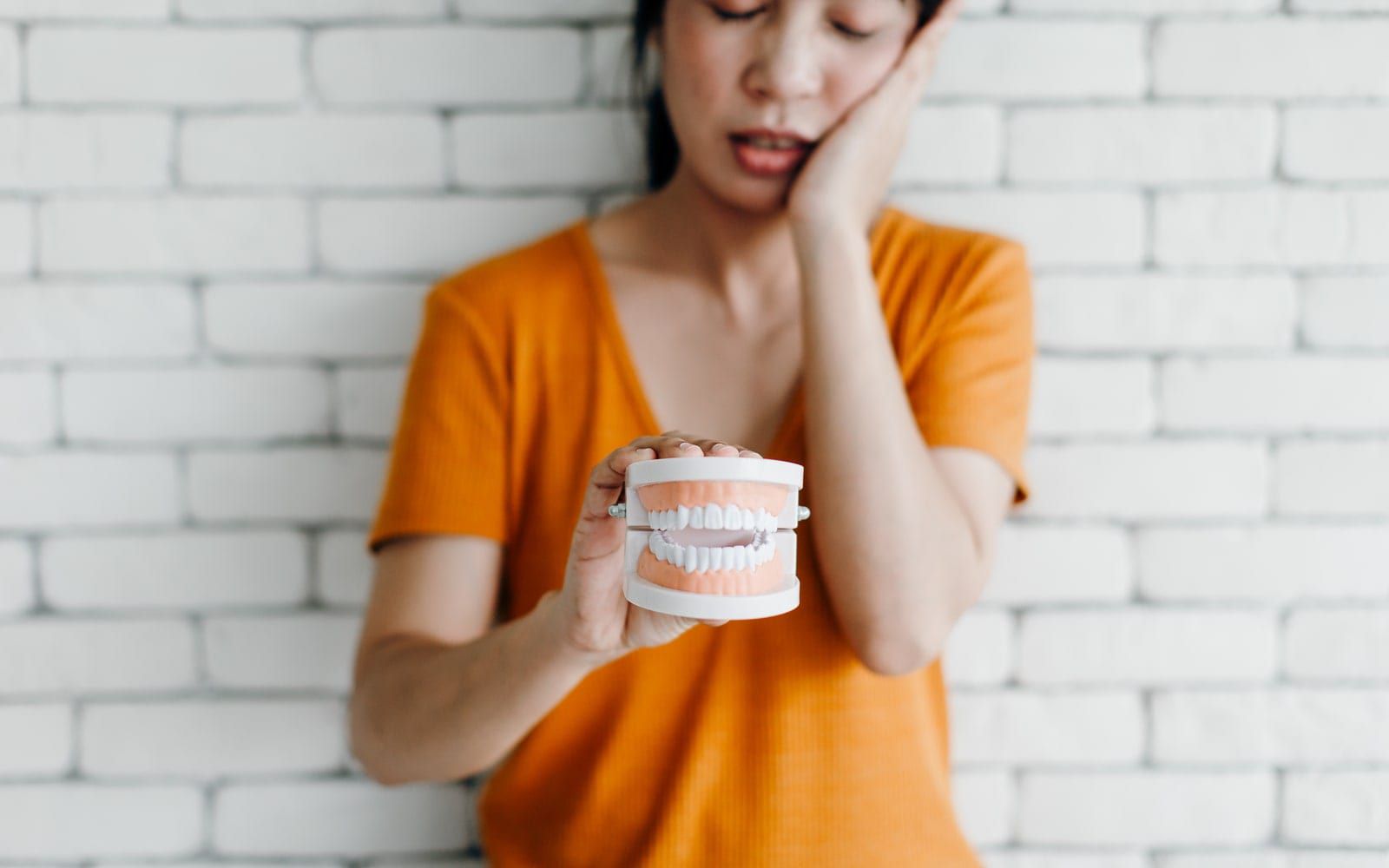 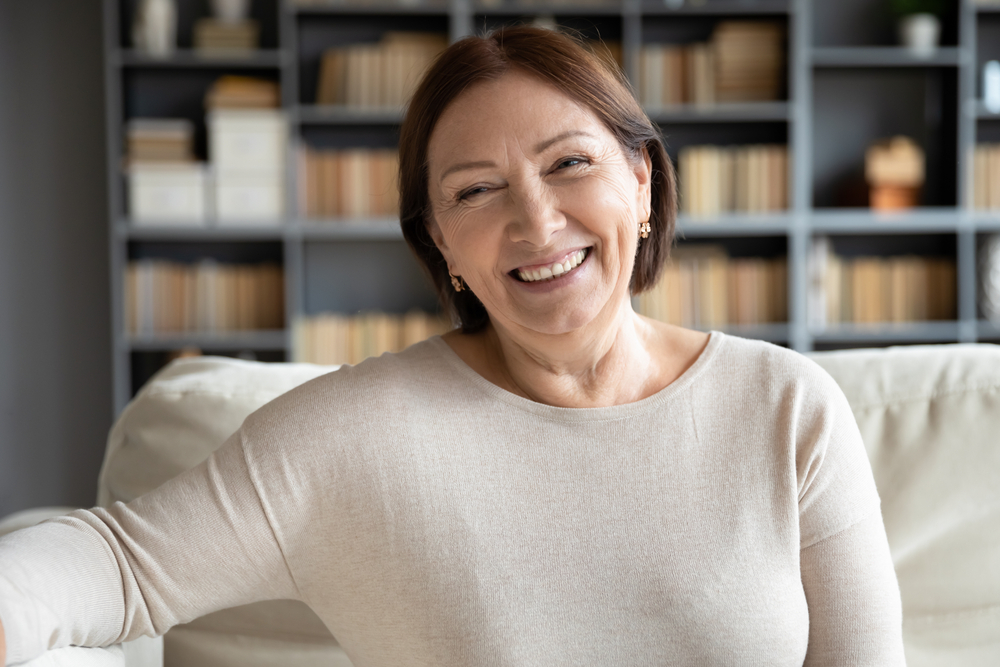 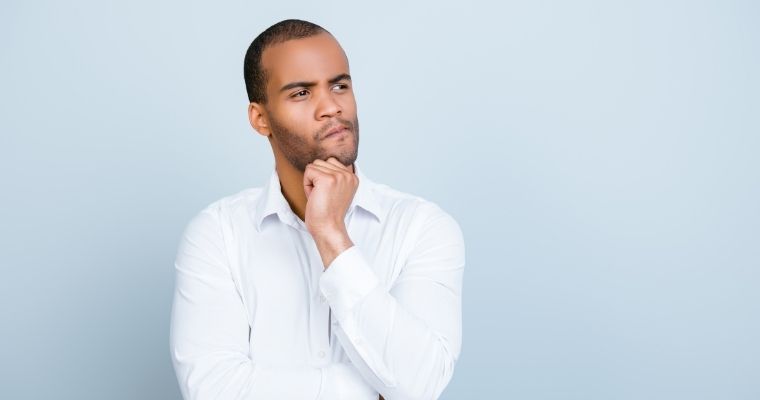 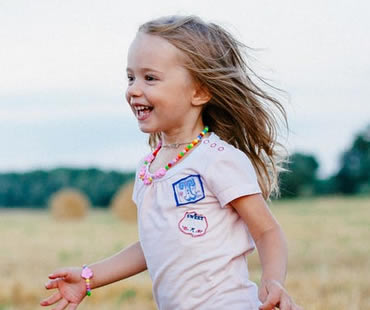 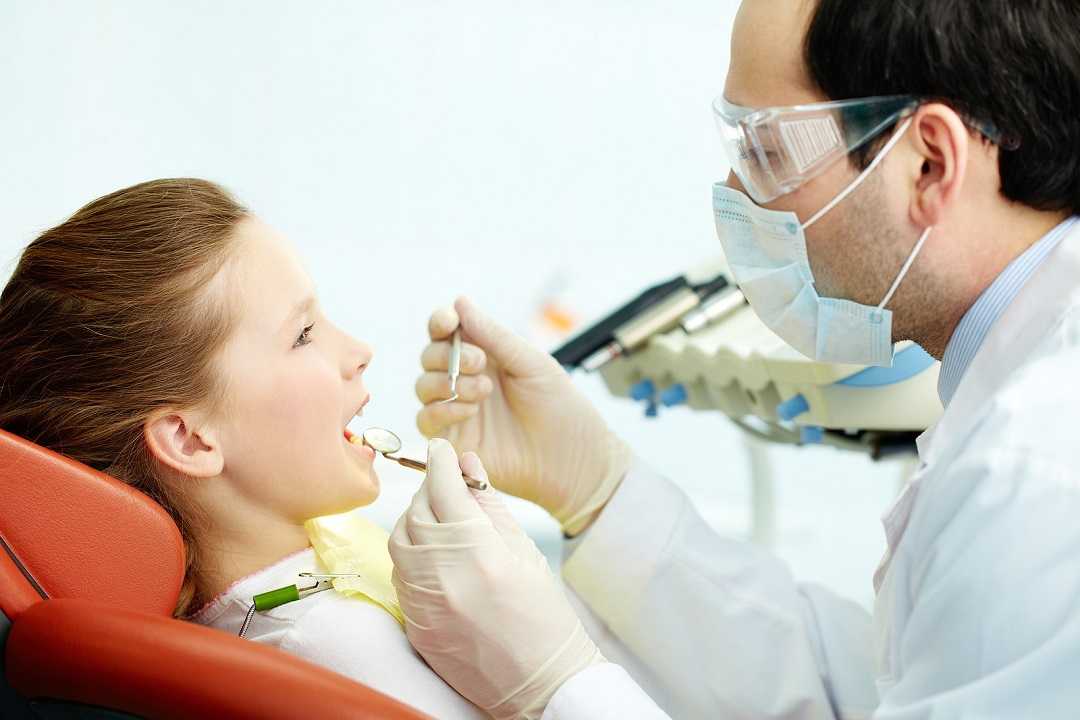 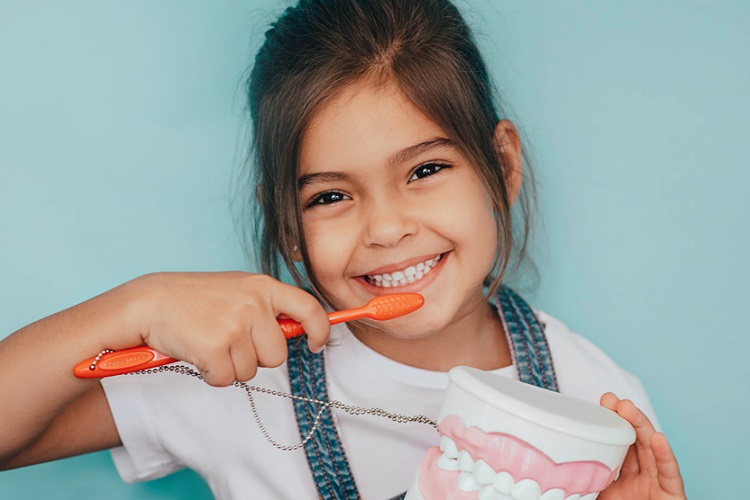 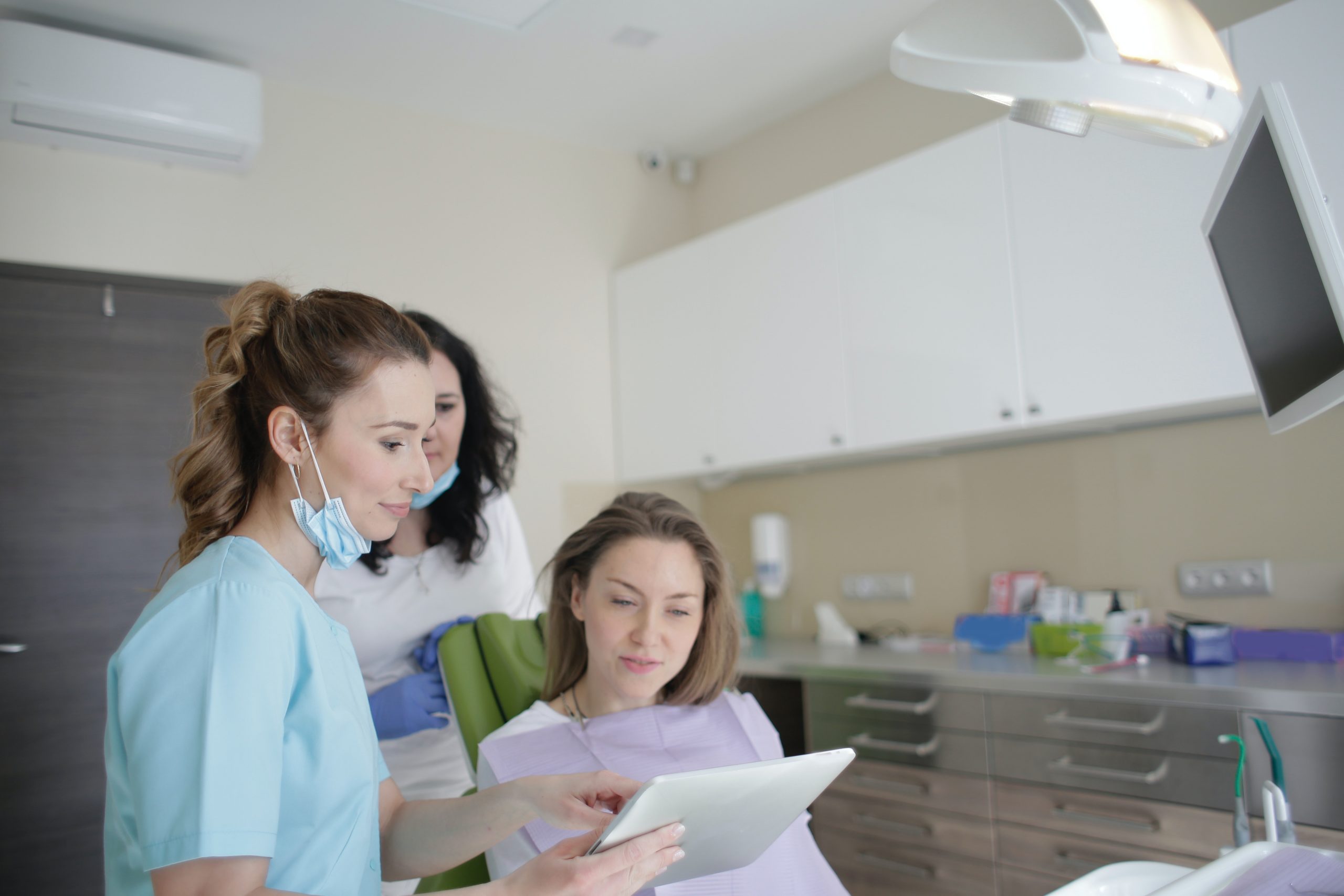 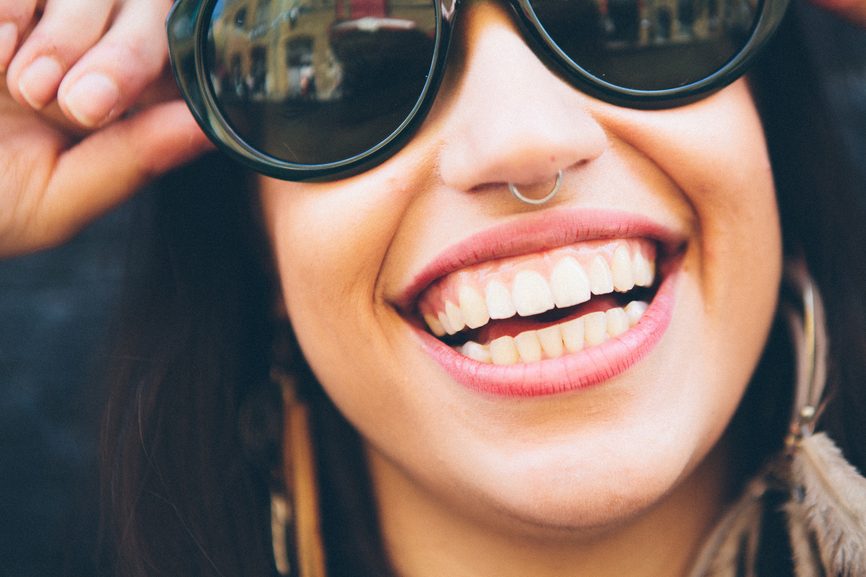 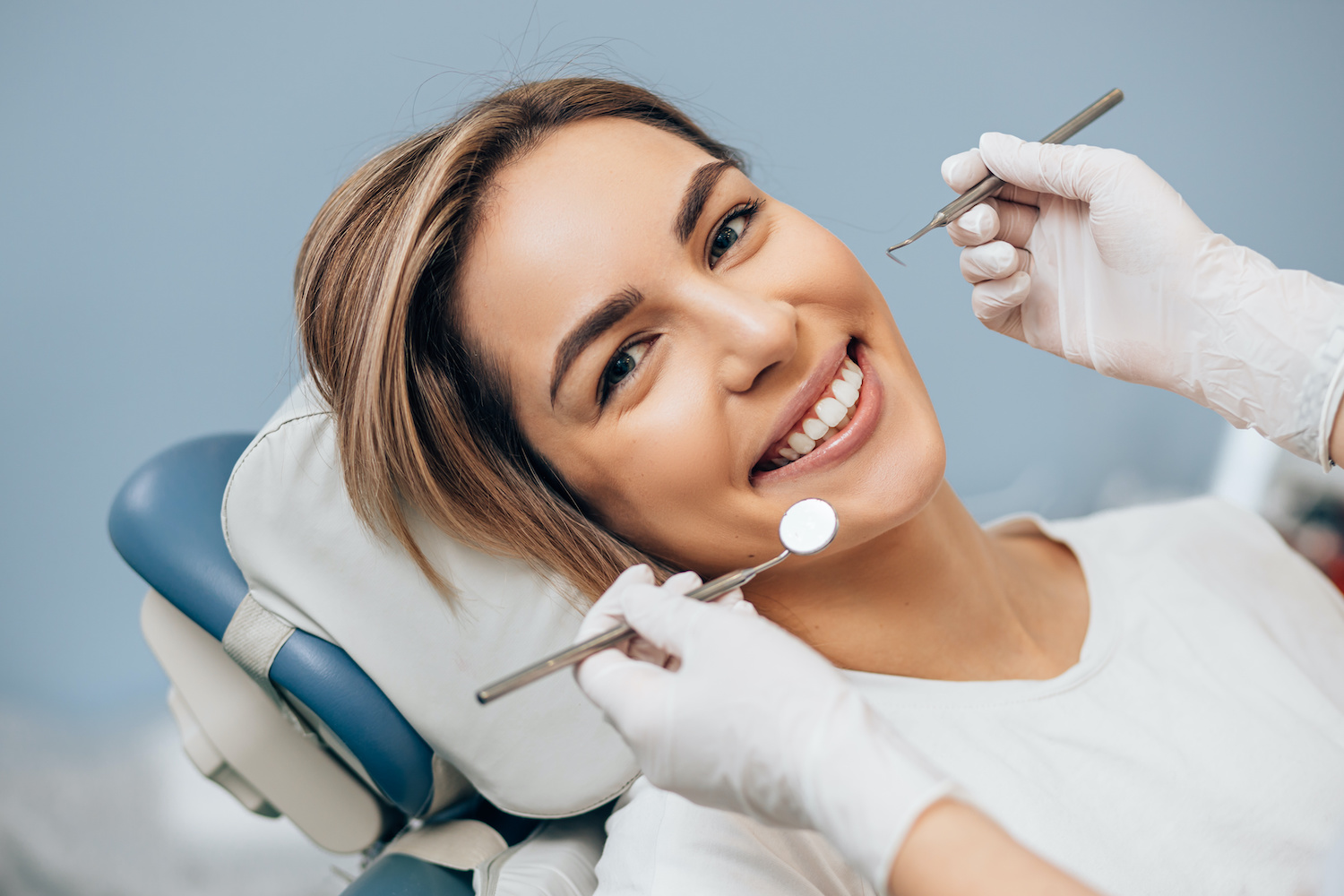